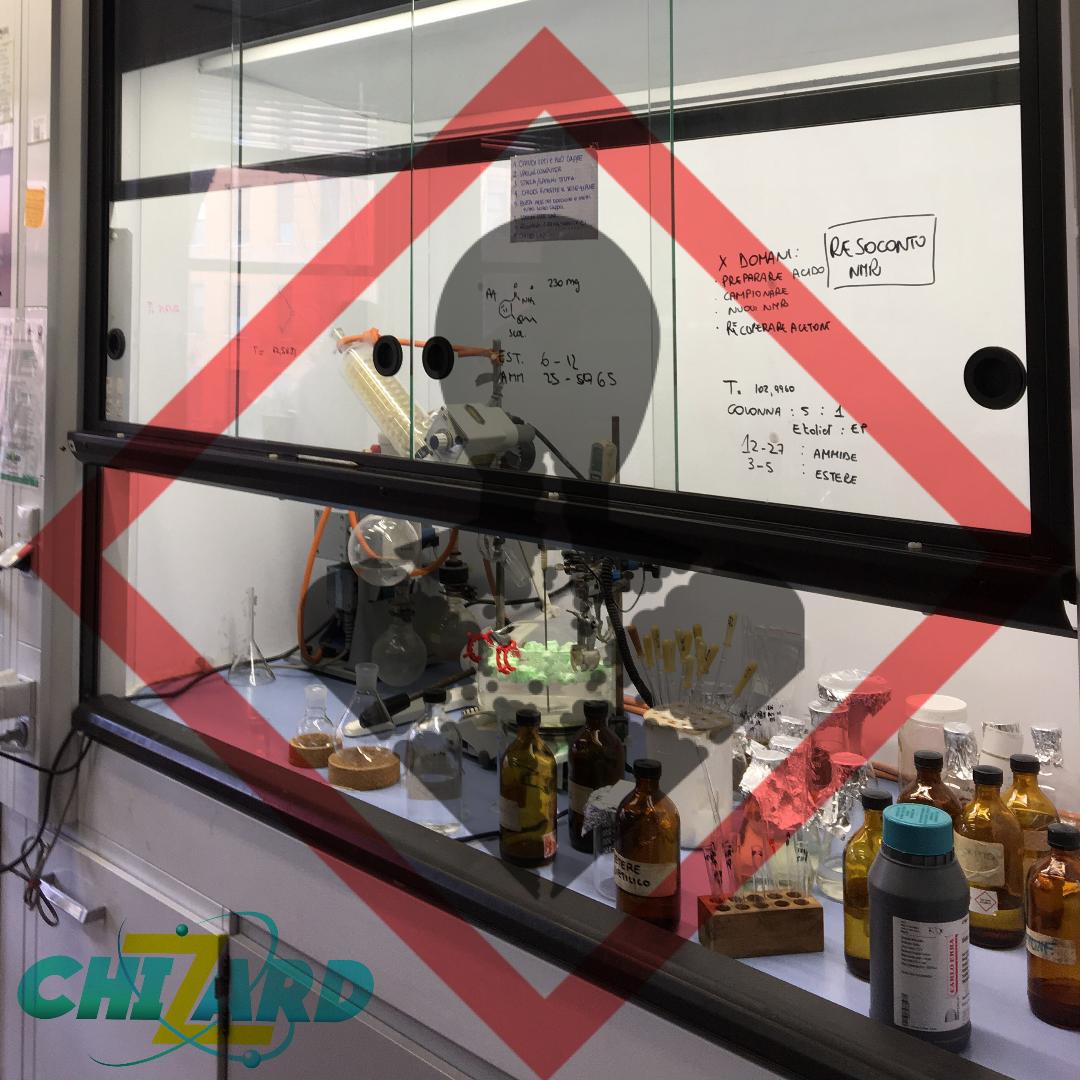 Today the chemicals on the market are more than 100,000, but only 800 of them are known to be carcinogenic, therefore with respect to the remaining 99%, we still do not know what problems they may cause to men.

I would remind you that formaldehyde was declared Carcinogenic only in January 2016, after many years of its release into the market.

How many of these substances, currently used safely and without great precautions, will then be declared carcinogenic?

Only time will tell, in the meantime our kids get sick, we all get sick.

Lately, I came across an interesting article a little dated but inherent to the issues I mentioned before, written by

The Chemical Manager for health-related activities in the Region of Sicily and the Epidemiological Observatory.

Reading a statement like that, where he talks about things that really happened in laboratories, creeped me out, but above all knowing that, like me, he is puzzled to see that even today there is an incredible ignorance about certain issues concerning chemicals, is staggering.

I quote him verbatim so that his words can inspire people to think and to ask the right questions:

Breathlessly or holding my breath?

Through the movie of Costanza Quatriglio I relived the years between1960s and 1970s when as a student I attended the memorable analytical laboratories of the Chemistry Department of the University of Palermo, which had previously seen the presence of distinguished scientists like Stanislao Cannizzaro.

Wonderful laboratories from a historical perspective, much less from that of working conditions and contact with the substances handled in both learning courses and research activities.

The environmental chemistry was unknown, the Seveso disaster at ICMESA was yet to happen, but in ’68 our awareness had grown and from there the requests to the teaching staff in order to ensure that a significant part of the research that took place in our Departments (General Chemistry, Physical and Organic Chemistry), aimed at improving people’s living conditions.

We did not mind the level of hazardousness or toxicity of the substances that we used since freshman year, after all we were chemists or not?

We learned, in fact, to recognize the smells of chemistry: hydrogen sulfide and its smell of rotten eggs, that strong and pungent of acetic acid, those suffocating of hydrochloric acid, nitric acid, ammonia, those aromatic, sometimes sweetish, of chloroform, acetone, ethyl acetate, or those nauseating such as carbon disulfide, etc.

We learned that the hydroxides left our fingers “soapy” and the highly concentrated hydrogen peroxide whitened the skin of the thumb with which we closed the test tube to shake, in which we had poured small amounts of it.

In the laboratories of the first three years, most of the reactions for the qualitative and quantitative analysis of the elements to recognize, took place by heating the glass containers (beaker) on the working tables, namely that if it was a large course there could also be 40 -45 stoves (Bunsen burners) turned on  simultaneously, with free vapors in the laboratory.

Under the fume hoods, we worked little both because in the largest laboratory there were 4, so there was no room for everyone and, in any case, the damper was often “approximate.”

But, in the end, we thought we knew what we did, at most if the smell was particularly unpleasant for the mucous membranes, it was enough to hold our breath, one or more times to complete the reaction or analysis, because, we were chemical or not?

We tried not to wash the gowns too often because it always popped over new holes after every wash, evidence of inadvertent acid or base splashes while we laughed at the story of a gown which lost part of a sleeve.

Obviously, everything that was used for experiments, acids, bases, solvents, etc., ended up in the drain of sinks and even the chemical cleaner-degreaser par excellence of the glassware, the chromic mixture, namely a solution of an intense orange-red color made up of concentrated sulfuric acid and potassium dichromate, a real bomb to which almost nothing could resist, was no exception.

In the early 70s, we began to deal with water pollution. But, if we consider those years, there is a clear paradox: many of the reagents used for the analysis of water samples were, actually, more toxic and polluting (since everything ended up in the drains of sinks) than the researched pollutants. Among them, sulfuric acid, sodium hydroxide, mercury, chromium, silver, tin, various organic reagents which were already thought to be carcinogenic, the deadly chromic mixture to clean the glassware, etc. One example of work: the search for the presence of anionic surfactants (detergents) involved the use, among reagents, of chloroform. The only precaution to avoid breathing in the fumes during its separation from the aqueous solution was to stand in front of an open window and hold our breath.

At the end of the day, after a lot of analysis, the headache was a constant and we came home rather stunned.

We could keep on mentioning other examples, but in addition to these flashes of episodes I want to say that the movie brought me to sadder considerations, that is to the memory of those colleagues, friends, teachers, actually not a few, who over time are gone too soon, not due to age limits, but to cancer.

No one can demonstrate any causal link between the substances with which for years they have been in contact, through both breathing and epidermal absorption, and the unsuitable working conditions. Everyone is free to draw their own considerations regarding the fact that, however, most of those substances has long been recognized to be harmful to human health, whether they have been manipulated or that you’re exposed to them in working conditions that nowadays are expressly prohibited.

The fact that in the Degree Program in Chemistry at the University of Palermo we are still lacking lessons which deal with the topic, or there is only one that addresses the issues of environmental pollution, surprises me. Yet times have changed, the awareness and knowledge about environmental problems, starting from the healthiness of the workplace have made great strides, or did we not realize it?

Costanza Quatriglio, starting from dramatic events that can not only be reduced to that University, launches, in my view, a clear and strong message: No more bated breath, it is time to have the courage to denounce and reaffirm our rights, namely to start breathing freely and deeply.

you can find the original article on this link which takes you to the site (catania.meridionenews.it) and which goes back to the site with bated breath that raised these issues long ago

I’m trying with great effort, but without giving up, to spread certain information, to prevent people who paid a high price because they died due to the inhalation of some sort of substance that led them to have lung cancer, from being forgotten.

This staggering data of AIRC (Italian Association of Cancer Research) is a terrible shock to mankind.

was written by a famous oncologist, Dr. Pagliara who I thank again for his support and professionalism.

I recently attended a conference in SICILY, more precisely in Catania, called SMART CHEM. I was one of the rapporteurs and for about 20 minutes I just talked about these issues, the proper functioning of the hoods, tests, chemicals, operators who often are a problem for themselves and for others because they do not know how to use chemical or biological hoods properly.

I want to show here the video I recorded during the event.

What really surprised me was to be invited in Catania, the town in which the guys (mentioned in the movie with bated breath) are dead and where many people have been investigated and convicted.

I was glad that the audience appreciated my speech and that these issues of fume hoods have been welcomed by all sides, later I was also contacted by some people for information and many of them follow us on the portal because subscribed to the newsletter, where they receive updates of new articles.

With this short article, I just wanted to ask you to reflect on some issues relating to chemicals which are relevant today, and which cannot be underestimated.

For example, the use and handling of chemicals must necessarily be carried out under a chemical fume hood and the maintenance of a laboratory fume hood is just as vital as its proper use by the operator itself.

“Take care of your body, it’s the only place you have to live” Jim Rohn quote. 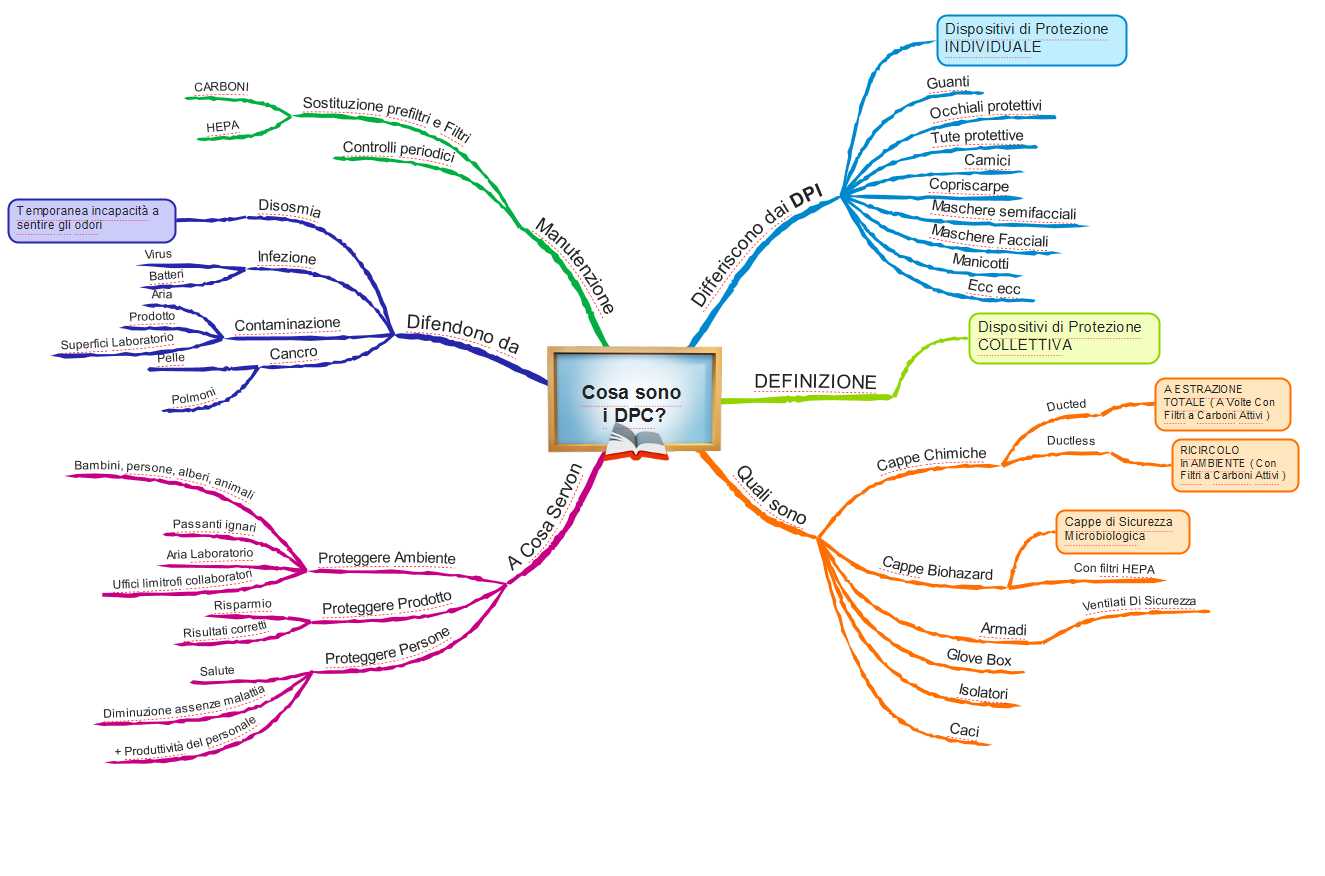 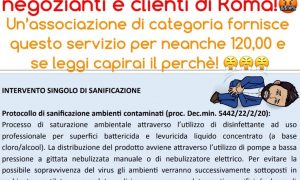 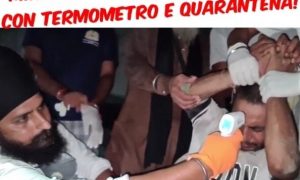 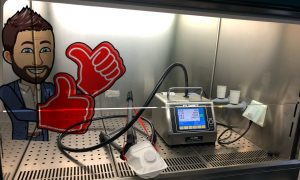 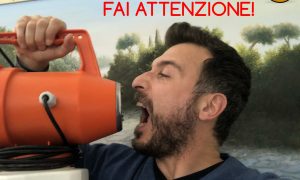 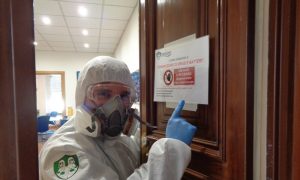 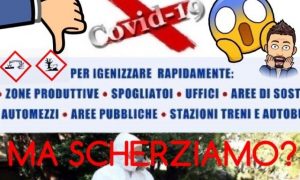 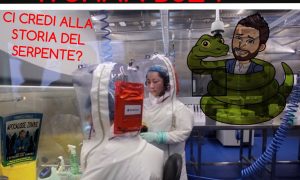 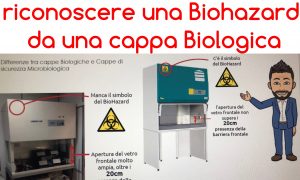 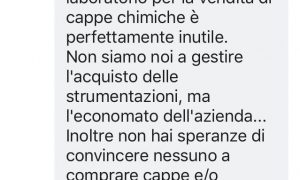 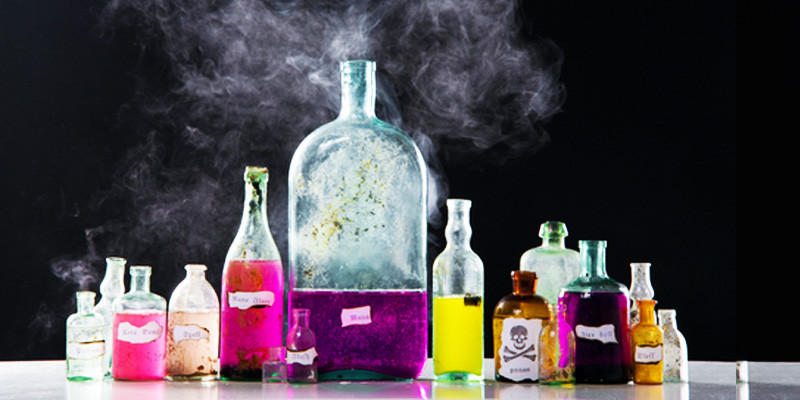 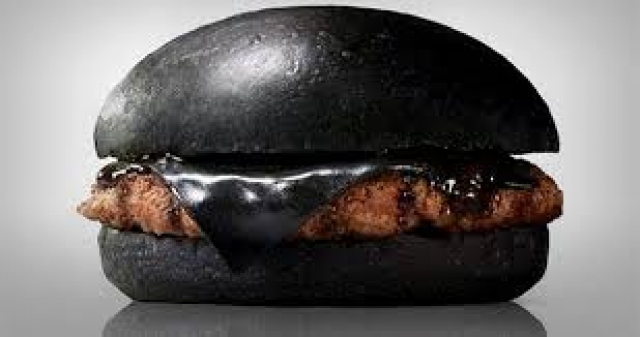 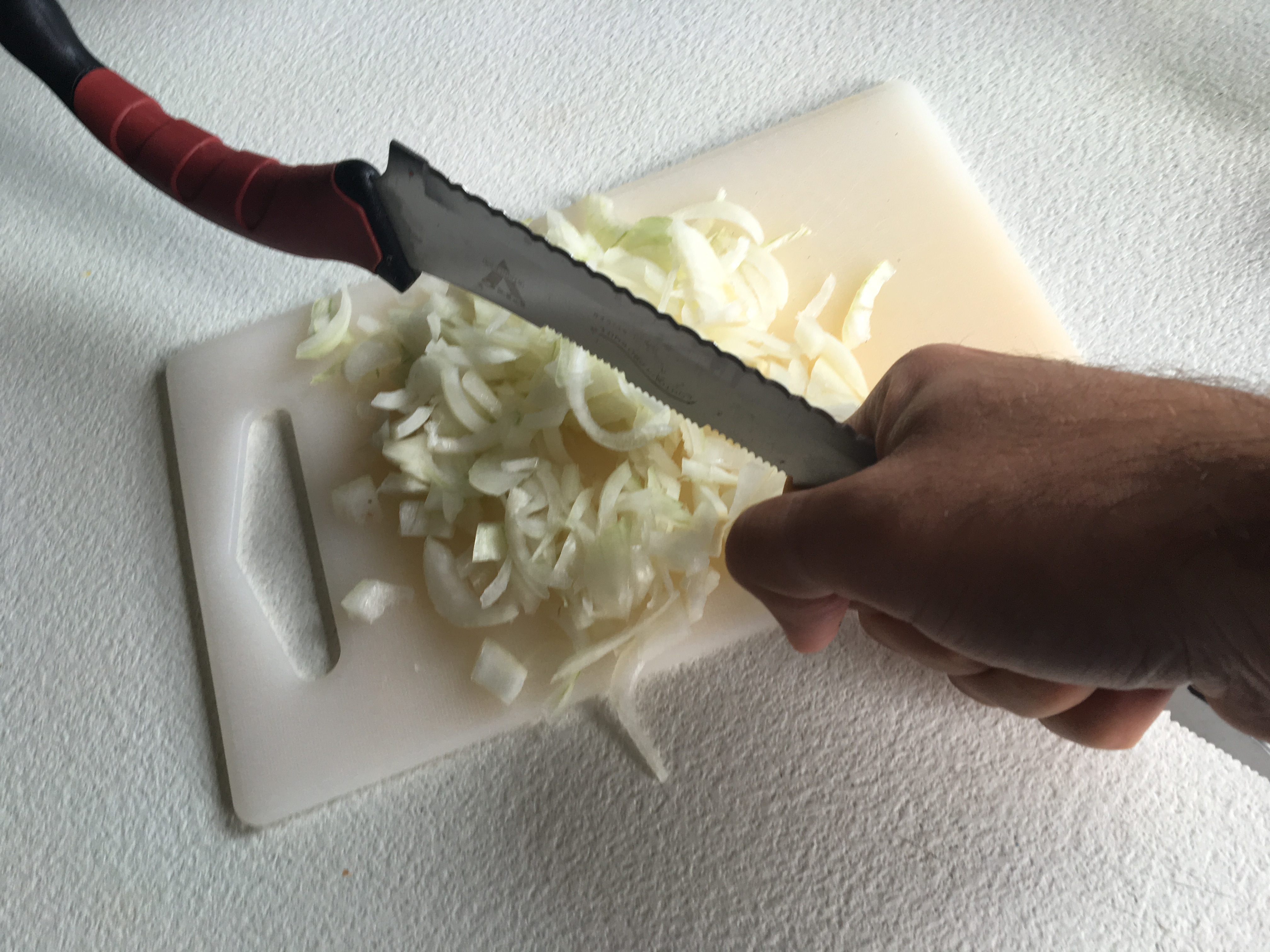 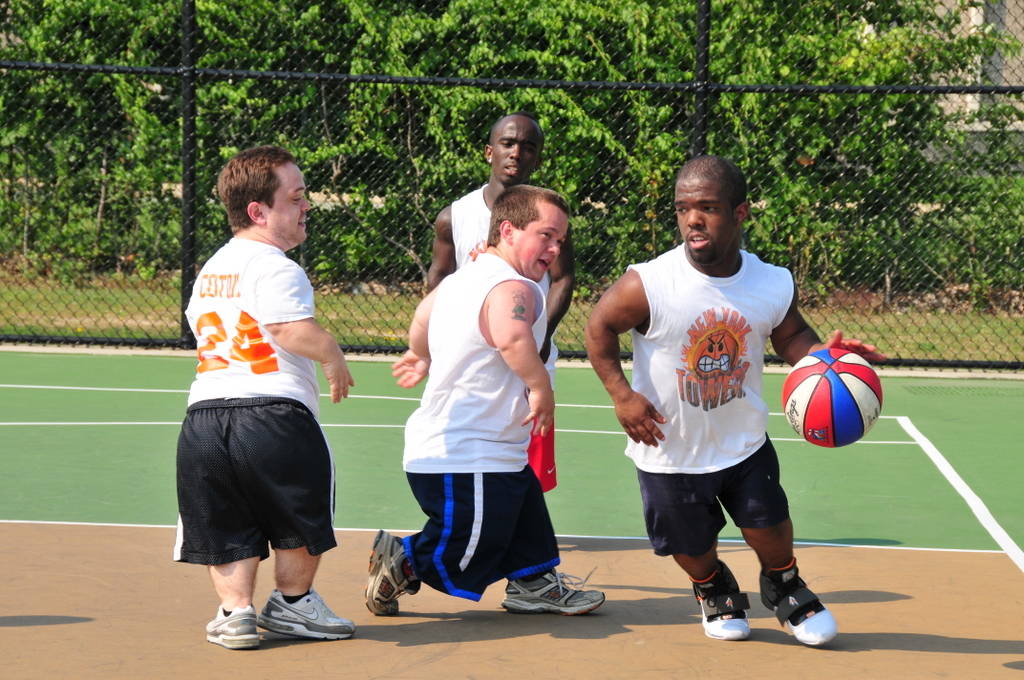 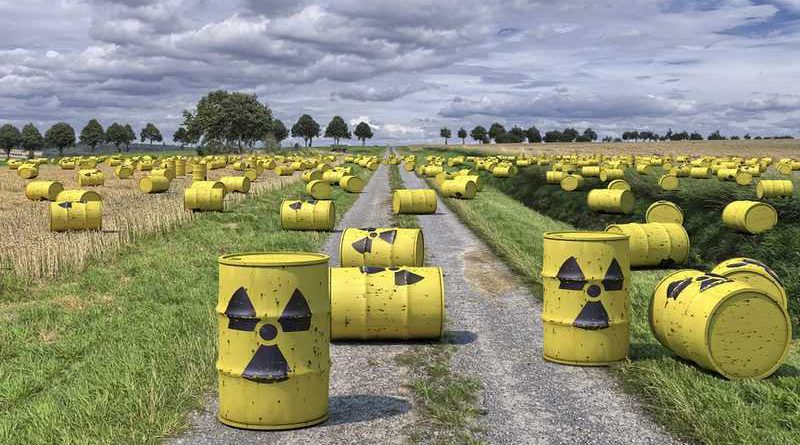 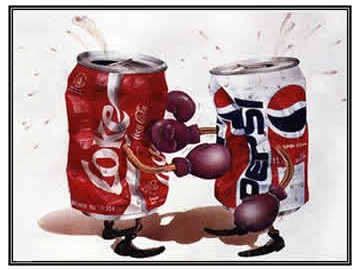